The demographics of malt liquor changed abruptly, and we helped. What was traditionally perceived as young/male/urban/black opened up to include whites, females, and most startling of all, white females.

We helped reshape the narrative with a series of radio ads centered around St. Mickey’s Day, a day-before-St. Patty’s holiday that we invented. It playfully created a new two-day holiday. The markets were college towns, and year-against-year sales went up 50% to 72%. 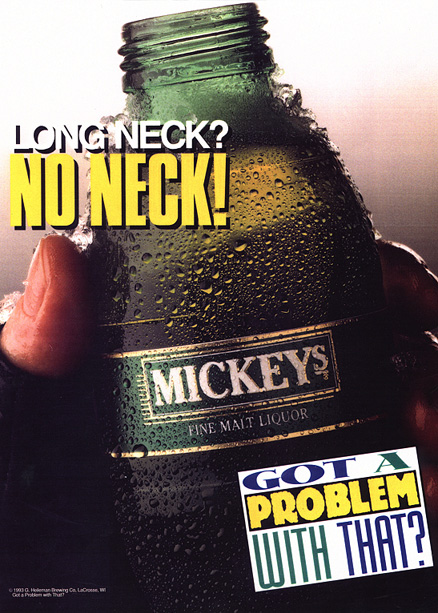