Bonefish Grill announced they’re closing 14 of their restaurants, sparing some of us the recurring jolt of seeing their unpleasant name and logo as we speed past. 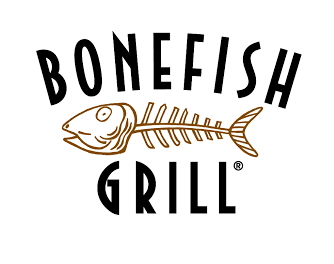 Someone, somewhere decided this was a brand identity that would succeed. It would be disruptive. It would stick with you (kind of like a bone stuck in your throat?) That it survived and multiplied for a while speaks volumes for the triumph of hope over common sense.

Obvious dumbass mistake (ODM) #1: What turns many restaurant diners off about ordering fish is dealing with fish bones, which rank in popularity somewhere near toenail fungus. Unless it is a fileted, and thoroughly, Aunt Ethel ain’t gonna chance it. Putting b-o-n-e first and foremost in the name probably kept ten million diners away from their parking lot.

ODM #2: Reinforcing the error with a logo of a creepy fish skeleton. The Venn diagram circles of “symbol of thoroughly dead” and “appetizing ideas” do not overlap even one tiny bit. In fact, if you look at what’s acceptable in middle America as an edible fish, you’ll see the amazingly salty/fat breaded taste-free Scrabble tile that is allegedly a filet o’ something. It does not resemble anything that occurs in nature. It is by golly boneless and we (yay America!) like it that way.

ODM #3: Think about bonefish as a species. Please. Yes, bonefishing is a fun sport, a recreation for rich guys in the tropics who enjoy the good fight that bonefish put up. Yep. True. But that ignores the second step in the process: those feisty finny critters are usually catch-and-release because they’re just not particularly tasty.

People tell me the food and service was actually quite good, which may be true, but legions of us will never walk in to find out. Some outlets may live on for a while, perhaps, as exemplars of the walking undead brand-zombie apocalypse.

Inquire about our services

Where to find us: